The Need for a Bypass 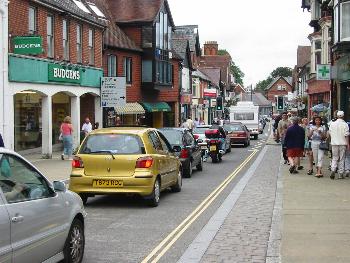 The problem of traffic through Lyndhurst is one of major concern to most residents, although the elected authorities do nothing to improve the situation and plenty to make things worse! 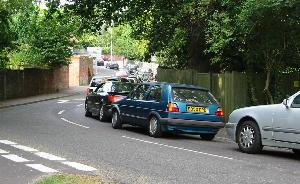 Lyndhurst is a major junction between North / South travel, on the A337 between the M27 end at Cadnam and Lymington, and East / West traffic between Southampton and Christchurch on the A35. 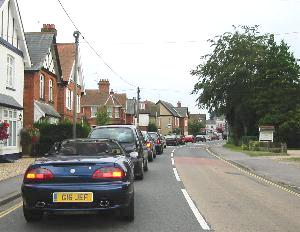 The narrow streets of Lyndhurst cause a log-jam for traffic, which is now problematic all days of the year. In the 1930's a bypass was started, but discontinued due to lack of funding and the second World War. 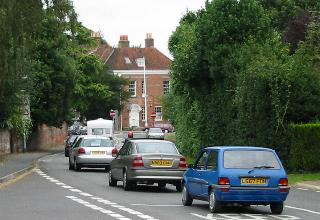 A bypass was considered in the early 1980's, by means of a Private Member's Bill, but this was torpedoed by the then New Forest Member of Parliament, Patrick McNailr-Wilson, who reneged on a promise not to oppose the bill, when he told Parliament that the local population had many routes around the village and did not need / want a bypass. 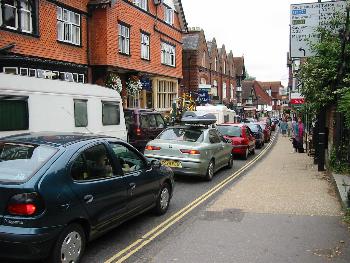 In recent years Hampshire County Council have abandoned any plans for a by-pass and made matters considerably worse by implementing expensive traffic calming schemes. 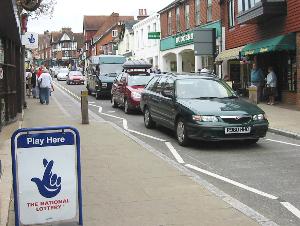 In early 2001, around £1 million was spent on changing the Lower High Street, from a two lane, one way system, down to one lane. This was against the wishes of the local people, and over 2,000 of them signed a petition against the scheme. As expected, traffic queues around Lyndhurst are significantly worse, and the High Street is now full of fumes and slow moving ./ stationary traffic, during most of the day. 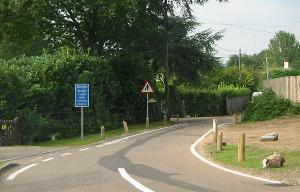 Over the Summer of 2002, a road used by locals to avoid the traffic jams, between Emery Down and the Lyndhurst / Cadnam Road, was downgraded from a two lane highway to a one lane road with passing places. Those from the Council have called this a "rat run" with the inference that local people should not be entitled to use this road. This is a nonsense, as we all have a right to use every road. What the Council have done is erect wooden stakes to narrow the road and install "passing places". The result is chaos if more than three cars are travelling the road from both directions. 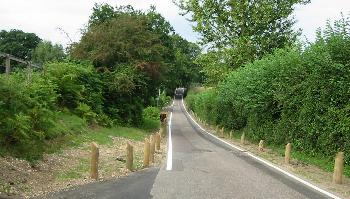 A year or so back, the Council also altered this road, so that drivers had to cross a blind corner to continue on the main route. Previously the minor road came to a T junction. This total disregard for road safety shows that those in power and authority are not fit for the task. The picture below shows the blind turn to the left, whereas 95% of all traffic on this route is going to the road on the right. 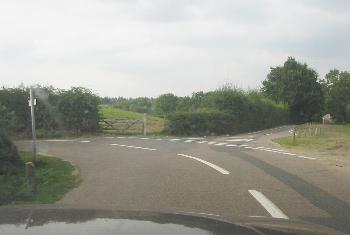 Hampshire County Council do nothing positive, but blame national traffic congestion and Government policies for the problem. Our MP is not pro-active on this matter. Local Councillors allow this farce to continue. Few are actively pressing for a bypass. Most are part of the "old boy" network that runs the Forest, being the Verderers, the Commoners, and the Hunt. It is long overdue that the Electorate show their displeasure and chuck them out. Unfortunately, apathy and inertia rule and we may have to endure another 70 years without a bypass. The Verderers have immense power, but are an unelected body. The Commoners are also an unelected body. So much for democracy.

On 1st March 2005, the New Forest became a National Park and it is hoped that more progress can be made under a new regime.

Lyndhurst Parish Council have in October 2005 produced a recommendation for the revival of the 1983 Route 1, which goes east of the village around the golf course and accross the forest (with a tunnel) east of Bolton's Bench. This seems an excellent and well thought out route, which does no harm to anyone and gets traffic away from the village centre. See their plans on their own website and give them every support in making this proposal a reality, sooner rather than later. However, the Verderers are already indicating that they will block this plan. It is about time this undemocratic dinosaur was disbanded and their powers withdrawn.

What can we do?

4. Let the local Residents' Association know your views on the matter.

5. Keep pushing for a bypass - sign petitions, start your own petition.

8. Make your vote count at the next local Election.